I met Geoff Hopkins not so long ago, one of the owners of Hatvala Tea.  It's been great discussing tea related issues with on International Tea Talk (a FB group I'm an admin for), and great to finally meet him.

Hatvala is my favorite Vietnamese tea vendor.  They source small-producer limited production scope teas in different places.  This version he gave me a sample of they weren't actually selling then, but now have listed it as Snow Princess maocha (sheng version).

There's more about him in this profile article, in case that's of interest, with content in that article related to more traditional agricultural practices, which I'll go into more after a review.


I've been drinking a good bit of sheng pu'er over the last half a year so it should be easy to place.  Oddly although you can't call this tea pu'er, since that's a region-defined term, it might still work to call it sheng.  Or maybe not; "sheng-pu'er-like tea" might be the politically correct expression, or maocha still works.  Maocha means two different things, typically, either unfinished tea (eg. a roasted style oolong that's not yet completely sorted or finished roasting), or to a loose sheng, which is as finished as it's going to be, often except for being pressed into a cake / bing or other shape. 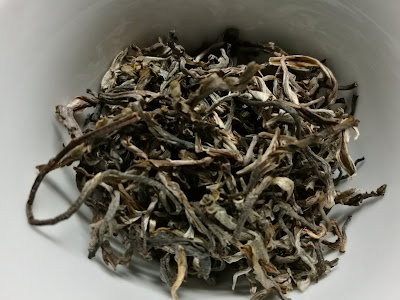 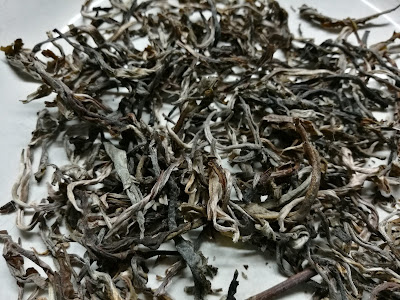 
It's definitely sheng (or "sheng-pu'er-style" tea).  Northern Vietnamese snow teas also remind me a little of sheng, and I tried more of some of one that friend (Huyen) gave me over the past weekend, but this is exactly that type, not just a little like it.  There's a bit of that characteristic bitterness, which I've come to like when balanced properly with other aspects, versus not really being able to relate to it two or three years ago.  That aspect is paired with a pronounced mineral range, and the sweetness and other flavor is expressed as floral, per my interpretation.  A bit of warmth couples with the mineral tone, along the lines of Southwestern US desert slickrock versus flint or limestone, or maybe even the richer mineral tone from an artesian well source, or well-rusted iron.  More rounds will make it easier to pick up all that's going on.  This type of tea tends to transition most over the first few infusions, and in some cases quite a bit later as well.

The sweetness picks up a little in the second round, and I suppose the general intensity too, even for using a really fast infusion time.  I'm keeping the proportion fairly high even for Gongfu brewing, and using boiling point water, which I regard as a relatively standard approach.  It's conceivable that one might moderate astringency using lower temperature water but it's my impression that it would mute the flavors, and varying infusion strength works better.  On this second round the brightness picks up, so that the hint of warmer mineral evolves from the dryer mineral tone and floral just a little towards fruit.  I'm definitely not saying the tea tastes fruity, just that it's picking up aspect range and complexity that's hard to completely pin down that extends those others in that direction.  It's like just hint of juicyfruit gum flavor, not so pronounced that it's a main flavor aspect, but it's still there. 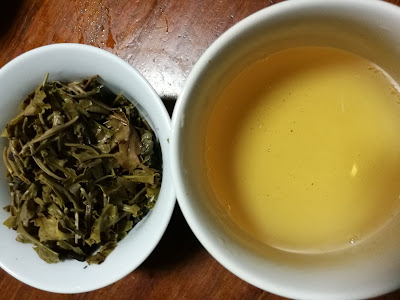 The tea only makes a slight additional similar transition on the third infusion.  Brewed really lightly it's very pleasant, full flavored, rich in feel, bright and intense.  The sweetness, lighter input of bitterness, mineral tones, and the rest all balances nicely.  Before I would question what this kind of tea might be like in a year or two, how those flavors might evolve and improve, but now I'm a little bit more inclined to think it's fine as it is.  That would be interesting as an academic pursuit, to see what happens, but only if coupled with drinking a good bit of it as it is now since it's already nice.

I suppose this still isn't a set of aspects that comprises my absolute favorite range or combined experience but I do like the tea.  Other tea types aren't bright, fresh, and complex in the same way, and the feel and aftertaste are different.  I'll let it go just a little longer on the next infusion, more like 20 seconds, to see how that shifts things, although it seems easy enough to guess how that would go.

What I expected;  the bitterness plays a bigger role at the higher infusion strength, and the thickness and aftertaste ramp up.  A minute later after swallowing the experience of the tea is fading but far from gone.  The extra intensity is interesting but the balance isn't quite as favorable, per my preferences. 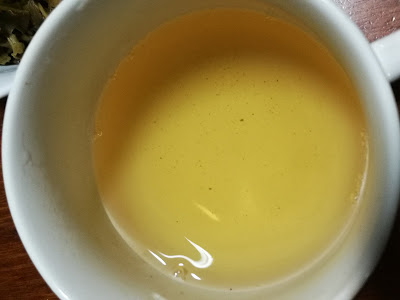 The flavor is complex enough that different people would surely have very different takes on what is going on with it.  That could just be a complexity of floral range coming across, but to me that light fruit flavor aspect leans more towards roasted pear.  The warmth I'm calling mineral could be pegged as spice instead, although narrowing down which or a range is tricky.  I'd go with a mild root spice but it's not completely unlike cardamom. 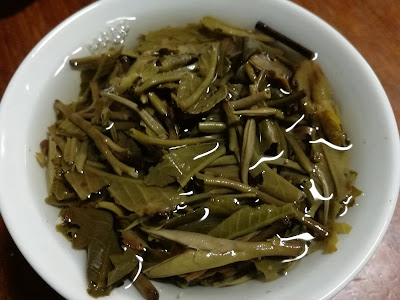 The flavor keeps evolving towards being slightly softer and warmer.  It would be interesting to try this exact same tea stored for a year or two to see that transition further due to that influence.

I accidentally left an infusion sit for well over a minute, messing with something online.  It's interesting how that comes across; the bitterness really is intense at way over a normal infused strength. 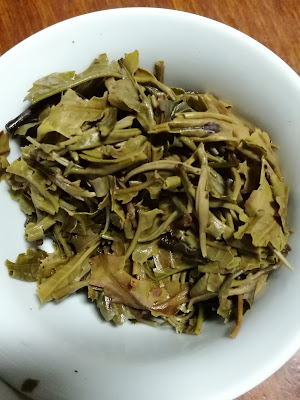 
Nice tea!  There's lots more I could say about placing it related to others I've tried, about aging potential, or about other relatively local regional teas.  I've been giving lots of thought to quality variation in sheng pu'er and how particular aspects relate to aging potential but another draft of a post covers more on that.

On the other subject, I just watched a nice TED-X video about "wild" teas from Thailand (at 2:06 here).  That's more a Northern Thailand vendor's development project that extends a very long tea tradition to trying to increase existing tea tree originated production to reduce cutting down forests for other agriculture.  It's hard to argue against that being a good idea.

One part that might not be familiar is that eating fermented tea was part of an old Thai tradition, probably more familiar related to laphet in Myanmar, but also a custom in Thailand, referred to as miang instead.  I don't agree with everything Kenneth (of Monsoon tea, that speaker) said in the summary history about past tea production but it's splitting hairs to point out a secondary implication that may not hold up to review.  It really doesn't matter if tea plants were in Thailand 2000 years ago or 4000, or earlier, or if they probably spanned a broad range naturally or were brought by people instead.  All that is a bit academic.

If someone is interested, this is an interesting paper on the history of tea, and also this study of genetic diversity of Assamica plants in China goes into the plants history a little.  That history will keep changing as genetic studies and other evidence comes to light, but as I see it that's all completely separate from an interest in exploring modern teas.


Other reviews here in the past have covered region-local teas with related history, some more similar in type to what I just reviewed than others, as follows:


Dhara white wild Northern Thai white tea, from Monsoon (from the same vendor that presented, but a white tea, not "sheng" style)