Normally a trendy cafe in Bangkok (read:  expensive) is not high on my list of lunch stops, but based on a friend's suggestion I just tried out the Rocket Cafe near where I work.  It was nice; modern, trendy, like a Starbucks but less like a library.

I was looking forward to trying a tea and they did have decent looking pu'er, oolong, and lapsang souchong.  Ok, the descriptions were a little general, and I forget most of the write-up related to the oolong, but nice they even had those types of teas.  There wasn't much on the food menu but an egg salad sandwich sounded nice.

I was wondering how they would present the tea related to the demands of brewing a loose tea--it had been loose, right?--but after a bit of a wait they brought it already finished, a good bit of tea in a glass pot.

And the tea tasting verdict:  a bit weak.  The smoke made for a nice front end but the brew was too weak to let any other flavors stand out much.  It tasted like it was decent tea, no astringency to speak of, "clean" flavors typical of Chinese black teas, and probably some earthy flavor elements if you could taste them better, but brewed too weak to really do much with beyond noticing smoke.  Maybe there was a hint of clove going on.  I've not tried a lot of lapsang souchong but I've had better, I think.

All the same it paired nicely with the sandwich, and with some strange pickled peppers they served it with. 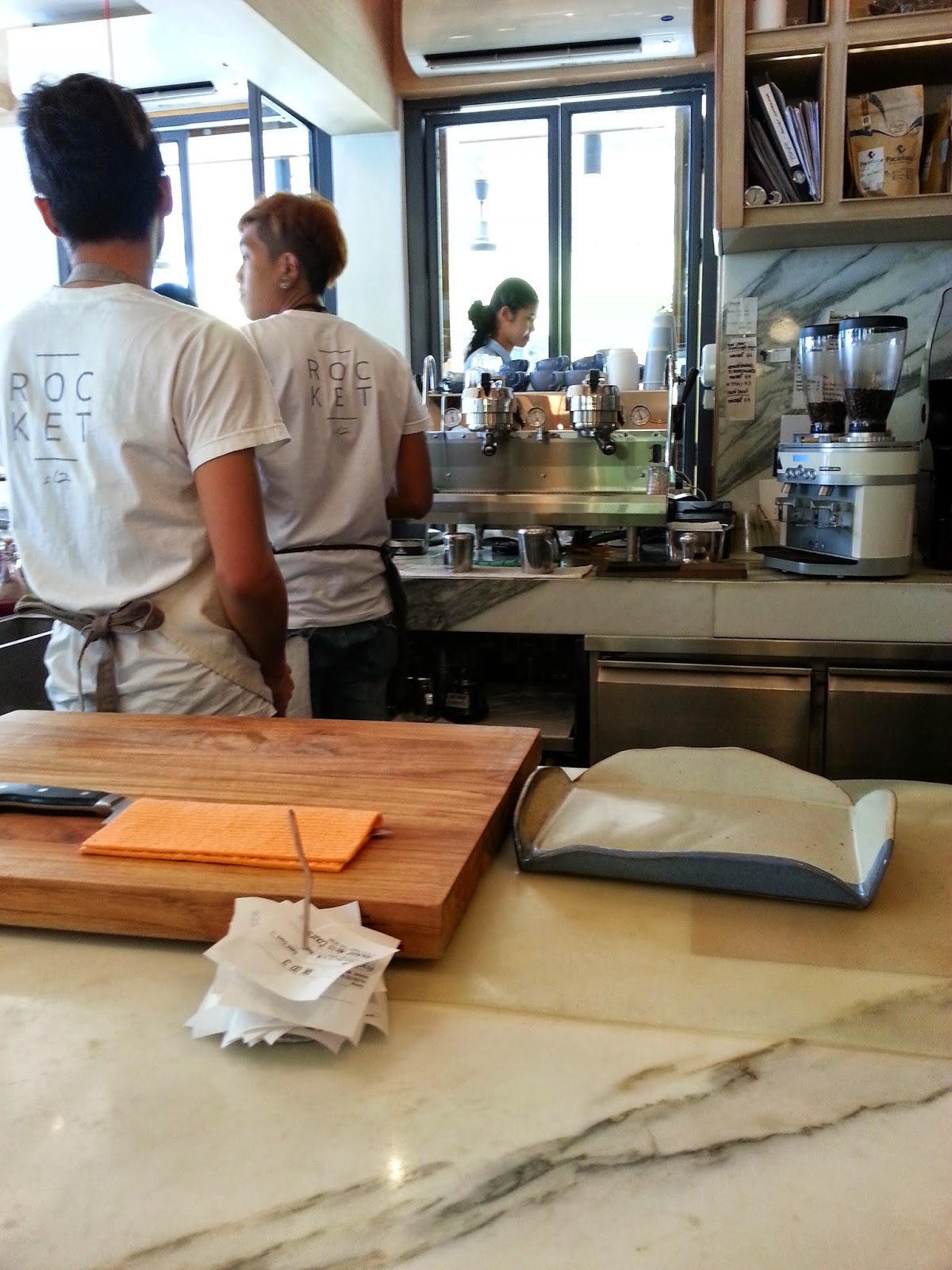 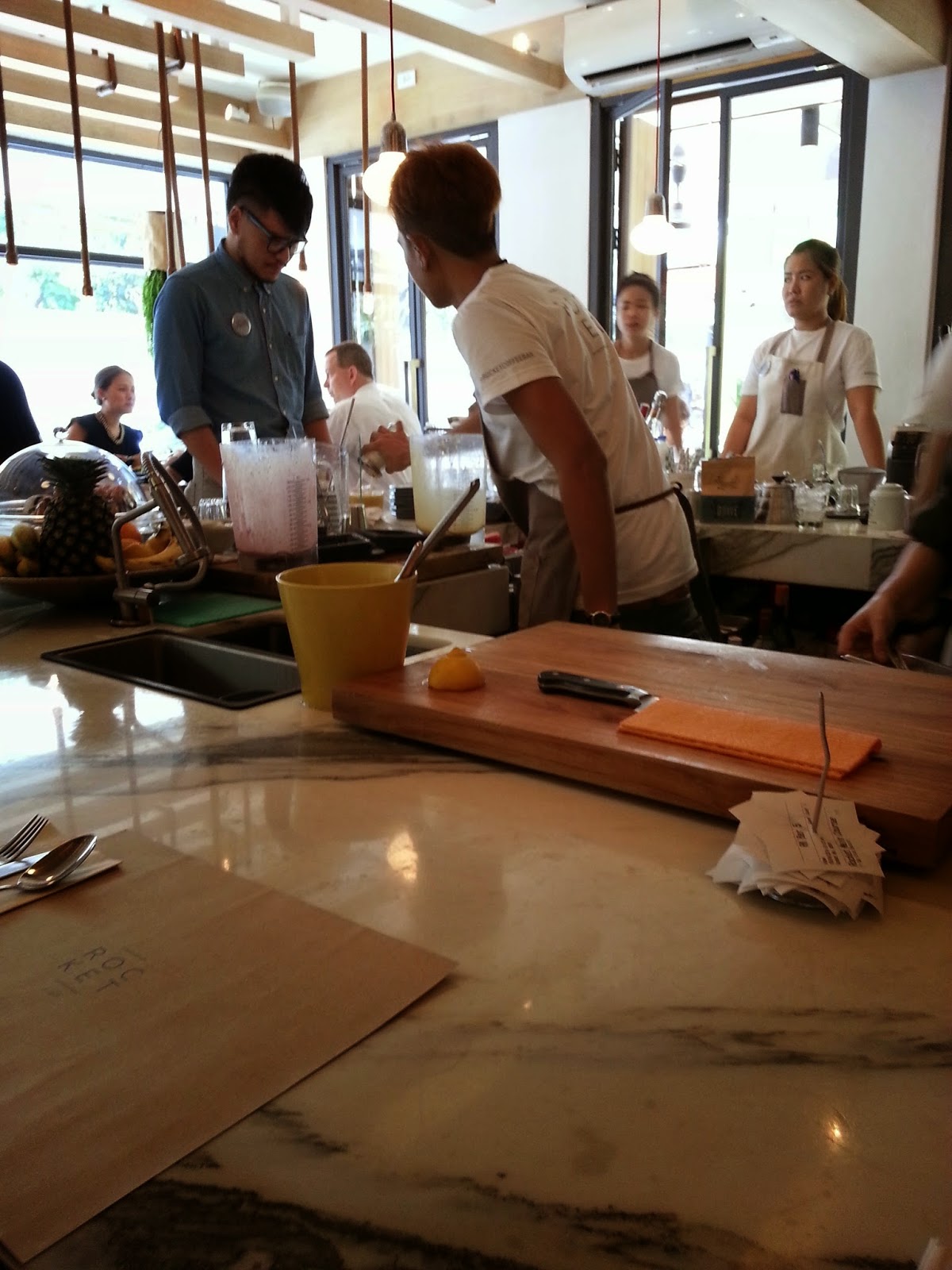 I suffered a little sticker shock at first because everything in Bangkok more or less comes in two types; traditional and inexpensive--my normal lunch--or modern and closer to the Western pricing scale.

Ordinarily a lunch in a food-court type restaurant costs 40 baht for an entree and rice or a soup, equivalent to about $1.30, as much as $2 with a beverage, or maybe over $3 with a snack as well.  This lunch cost 350 baht, about $10, or what I might spend in a week on local lunches, which is actually normal for higher end places.

Some co-workers I had eaten with in the past would seek out options for 35 baht instead of pricier 45 baht lunch pricing; relatively a lot less, but almost the same in a sense.    McDonald's and such seems to equate relatively directly to pricing in the West, maybe just a little less, so in the middle.  It's even crazier to buy Starbucks here with the cost of living difference but people still do.

Since I could buy 100 grams of decent Thai tea for that lunch cost here  (jin xuan oolong, usually) as far as trying tea goes it wasn't a great value.  It was nice to get a break from the normal routine though, so worthwhile.

I felt a little like a tourist, all the while still a short walk from my office building.  On the walk back it seemed like I'd went somewhere, and I still had a sense of that smoke.  I picked up two rotis with sweetened condensed milk added from a street vendor for a desert and went back to work.