I tried a really interesting tea awhile back I didn’t get around to writing about, a Ruby / Red Jade tea, a black tea from Taiwan.  I first reviewed this type of tea here, and I’ve since tried the next year’s version of the May Zest tea, but I’m behind on writing about that too (more at the end here). 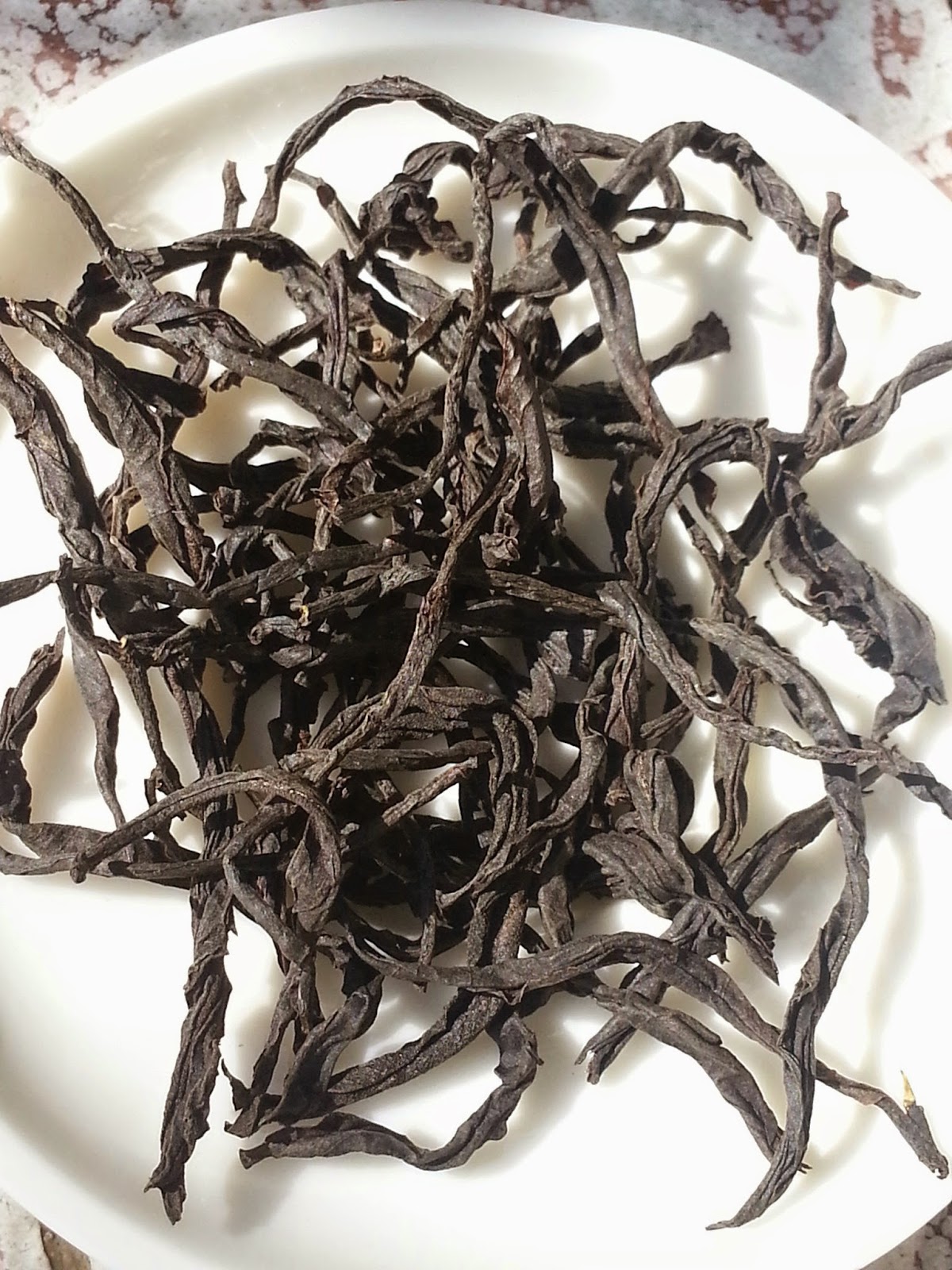 The Tea Village version was one of the more interesting teas I’ve tried.  Note they don’t actually sell it in their store or on their website; in the course of talking about teas they gave me a sample of their own.  So I’m not trying to help them sell it, since they don’t, but I suppose I’m not impartial given their generosity in sharing it.

In one last aside before actually describing tea, they wouldn’t offer samples of what they don’t sell as a rule but do freely offer tasting of their products prior to purchase, which is a best-case when it comes to buying teas.

The other May Zest version Ruby (or Red Jade, or TTES #18) was a nice tea with predominant natural mint element.  I could still detect a mint tone in this tea, but the main flavor element struck me immediately as sun-dried tomatoes.  At some point flavors seem to wander a bit far from “tea” right?  Of course I don’t mean if you steeped sun-dried tomato for a long time you’d get a very similar infusion, rather that the balance of natural sweetness, a fruit / vegetable element that straddled both, and a nice earthiness ended up there, at least to my sense of taste.

This was a good thing.  It made for a balanced, clean, unique flavor profile.  It doesn’t sound like that would work, or even that tastes like black tea, a mild and sweet mint, and sun-dried tomatoes could all combine, but there it was.  I’ve tried it a couple times since and it’s hard to really tease out other taste elements given how obvious that one seems to me.

The rich body and feel of the tea is also notable, in a subtle way that is hard to describe (or then again that type of thing is always hard for me to put words to).  After a couple infusions it changes to a slight dry feel to the tea, which also works.

A discussion on a LinkedIn group covered how black teas tend to produce less than other types, that they run out faster than green or oolong cousins, which can just keep brewing.  Some of my favorite teas are really like this, dark oolongs (near black) starting off with wonderful cinnamon and cocoa tones that drop out as the tea disappears after one or two infusions.  This Ruby tea seemed to last a bit longer, holding up to produce consistent infusions of nice tea.

That discussion didn’t get far with people even guessing why this happens, and no one noted that for some reason some less oxidized higher-quality oolongs can just keep on making infusion after infusion of consistent tea to an extent that’s a bit odd.

My guess about the black tea is that the processing that changes the nature of the tea causes this, but then that doesn’t add much, right.  It also seems possible I’m actually using less tea when I brew black teas (I don’t weigh it), and that they could brew faster, and that those two factors together could make it just seem like black teas brews less tea, when it’s actually somewhat comparable.

As far as being a favorite, this is a wonderful tea but all the same the quality and unusual elements only make it one of the better teas I’ve tried, but not really a favorite, due to personal preference.  It’s odd how one tea can taste like leather or wood and that really rings a bell and another sun dried tomato and it’s only a good tea.  It would be nice if I were preferring these teas because of a sophisticated grasp of balance, body, and finish but it seems likely subjective taste (flavor) preferences might be more of it.

Versus the May Zest Ruby / Red Jade tea

For the same reason a similar flavor profile with a bit more mint is slightly less preferable to me (essentially the same as the tea I reviewed last year, referenced here on their website).  There is good complexity to their version, and it’s a quality tea, but the slightly stronger mint element seems to disrupt the balanced effect to some degree.

Then again if someone absolutely loved that element, as I do when cinnamon or cocoa shows up in a darker oolong, or malt in a black tea when it’s not paired with too much astringency, this would automatically be a favorite.  Natural mint is a much more interesting flavor element than mixing mint into a tea, which would probably defeat the purpose of using a quality tea to make it anyway.

It's interesting that on their site they mention the type of mint as "peppermint:"  Taiwan Ruby tea is a broad leafy tea cultivar, with tea soup having natural cinnamonic fragrance and light peppermint flavor.  Given how the mint is just one element it's not so easy to determine which mint it is.  After trying the other tea I noticed a sun-dried tomato element to this tea as well, and that was really a blending of elements that might include cinnamon, sweetness, earthy tones, a mild fruit bordering on vegetable, underlying earthy tone, etc.  It all did merge together into a rich and complex profile, just the mint was a bit predominant.

It's a softer mint taste than relatively spicy peppermint candies offer, so to me it seems it could be wintergreen, but I'd need to comparison taste the actual fresh mints to be more certain.  It reminded me a little of a wild mint we ate from my grandmother's garden as a child, a flavor we loved but from a plant she saw as a weed that she hated.  As they mention it's definitely a memorable tea worth trying, with complexity and balance that add to it's appeal, regardless of which way preference for the mint element goes.