In the last couple months I traded some teas with an intern from Nepal who was working in our company, receiving a masala chai blend in the process.  You can't really judge a country or culture by one person, of course, but for what it is worth she is really nice.  The tea was nice too, not so different than other masala chai blends I've tried, so better than I expected for what seemed to be a mainstream commercial product.  I make that sound like a terrible thing, right?  The whole thing about tea bags gives mass-produced tea a bit of a black eye but such products could still be quite drinkable, I've just never had much luck drinking tea from a grocery store.


It might seem odd to be talking about a cold-weather tea in July but it's never cold here, so the issue of when to drink them drops out. 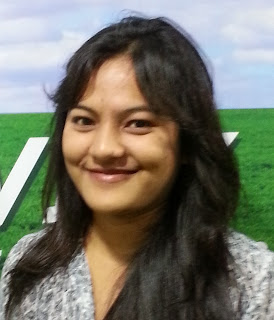 She recommended infusing the tea by boiling it instead of standard infusion process, just steeping in hot water, as the package also recommended.  Back in an earlier blog post on making masala chai at home I mentioned this is often referenced as a standard approach, which I recall seeing most often as a recommendation to boil the tea and spices, let it sit, then re-boil and sit for longer.  Really it seemed that two four-minute steeps would get most of the flavor out, but maybe it could differ, especially with spices varying how infusion flavor extraction works from how it goes with tea.

Of course my reservations related to this being far from normal tea-brewing process.  Conventional wisdom is that the tea would lose a lot of the more subtle character due to boiling away essential oils that provide flavor elements.  Ok, that's mostly my interpretation, but it's still not typical to boil a tea to brew it.  Far from it, tea enthusiasts lean towards using a high ratio of tea to water, along with very short infusion times, some under 30 seconds for some teas, along with carefully controlled temperatures.


Anyway, I tried it.  It seems to make more sense to write that as a review of the tea as "normally" brewed, then the version I adjusted spicing for and boiled. 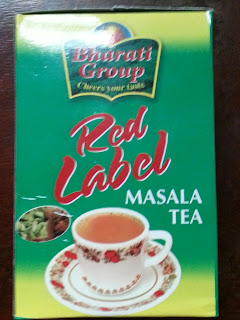 Better than I expected; pretty close to typical mid-range masala chai versions (per my limited exposure) and similar to a mildly spiced version one would make at home "from scratch."  The packaging doesn't list specific spices but it must include the most standard ones (ginger, cardamom, cinnamon), and possibly others that tend to get added (see earlier post for a lot more on spicing options).  It is a tea from Nepal but there isn't much more on the package related to it than that; where it was actually grown, etc.

I first tried the tea plain, without milk or sugar, but I'd brewed it strong enough to really require those to change flavor profile, so it was a bit much.  It wasn't really just astringent, or not even significantly so for how strong I'd brewed it, intended for dilution with milk and adjustment with sugar.  It even seemed it might not be so great once the milk and sugar were added based on that first taste but after addition the flavors all dropped right into place.
The spicing could have been stronger, but then that's always the case, especially related to ginger.  The package instructions recommended adding fresh ginger when brewing to step that up, really their only recommendation, aside from saying you should boil the tea.  They mentioned boiling it with milk and sugar, implying it would be better to add the milk before boiling, but I didn't, and it's a stretch to take a lot from the phrasing as specific instructions.


Spicing makes it hard to identify much about the black tea used but it was slightly milder than I expected, but still with a little astringency to support the final flavor profile.  I'm not sure how well it would work as a tea without milk and sugar since I don't prefer masala chai that way; it would require brewing it lighter and adjusting brewing process to taste.

I added fresh ginger (thinly shaved slices), a good bit of ground cloves and nutmeg (the only non-standard ingredient), and a smaller amount of cinnamon and cardamom.  I added a touch of fresh ground black pepper, although I don't like a remotely spicy tea, so not much.  I also added a touch of salt, recommended in one recipe during past research, which can be very nice if adjust perfectly to blend in the background but support complexity.  I also mixed in a little lapsang souchong to give the final tea a hint of smoke, which had worked well in testing that blend a few days prior.

I boiled the mix for two or three minutes, then let it rest about three or four minutes, then boiled one minute, and let it steep two or three more.  Although this related to a lot of brewing time, 10 minutes, with a third of it actually boiling, from discussion with that intern it may not have been a relatively long preparation time.  I then combined the brewed tea with milk and raw sugar.

In short, the tea was awesome, probably the best masala chai I'd tried.  The warmth of the cloves gave it a full rich flavor, almost more like food than tea.  The level of salt was good, not salty at all, supporting the rest of the flavors, but even buried within them it was still odd to pick up salt in a tea.  I can't say how much difference the boiling made but the result was good.

Ginger could have been a little stronger (still!) but it would be hard to overdo ginger in masala chai.  I've read of one way to really get there, to use fresh ginger juice as an ingredient.  My wife makes fresh vegetable juice every day so this would be easy to do, I've just never tried it.  I've tried fresh ginger juice before in vegetable juices and ginger lemonade and it is really, really strong, so it would be difficult to get the balance right, but easy to push it to the edge.  "Cooking" would seem to be a factor for using fresh ginger juice, since even the heat of a standard infusion should affect taste, and boiling even more so.  A Korean online friend mentioned to take masala chai to the next level one needs to pre-roast the fresh spices to help them release their flavors, but I'll need a part three on the topic to get to that level.

I've experimented with using both fresh ginger as a masala chai ingredient and also either ginger tea-bag tea or powdered ginger, and that sort of works too.  You have to be careful of using kitchen spices because those have a limited shelf-life, so adding two or three year old spice powder to a tea will likely make it taste a bit off, and it's even possible the quality of the spice itself could be limited in a fresh version.

The tea had such an effect that even while drinking I'd look forward to the next drink after, and there seemed almost no need for an actual breakfast with it.  I'd mentioned recently chai might pair well enough with spicy food but that would be a shame to diminish this tea by blasting your palate with chili spicing in between.  Maybe a different standard Thai drink would be better with the curries here, something like sweetened chrysanthemum or bael fruit infusion.

I re-brewed the mix by boiling for about two minutes and steeping hot for a long time, and the result was slightly weaker but still ok.  It was interesting to try the same tea and spice blend without salt since I didn't add it.  I think I liked it better with that touch of salt, but in a way it still tasted more familiar without it.  It seemed likely the black pepper probably dropped out but I'd put so little in that was harder to notice, and the flavors were all a bit more subdued since it had been through a lot of brewing already.

I guess it goes without saying I love the aspect of getting close to cooking in making such a tea, judging preference, trying to balance flavors.  I've experimented with using different teas and mixes of different teas in the last year, and there's lots more to be done with adjusted spicing.  Related to that idea about a parallel with cooking, it occurred to me that if someone was going to make a lot of this tea they could re-use the ginger as candied ginger, essentially frying it a little and sugar-coating it to make a snack out of it.  But it was already a lot of messing around just to make some tea so I didn't get to that.
Posted by John B at 10:45 PM