I reviewed a tea awhile back shared by Aphiwat Kokhue, a very nice black tea produced outside of Chiang Rai (Thailand).

That post gives a very detailed description of the tea, of course, along with about as much background as I'm familiar with.

I don't think I mentioned that his ethnicity is Akha, only that he's from a "hill tribe," the local way of saying indigenous.  That designation could mean more to me.  I'll cite another reference page here with background, since it is relevant to telling a story here, almost entirely through pictures forwarded by Aphiwat in what follows:


The Akha, also known to the Thai as the Gaw or the E-gaw (names that the Akha do not like), are located primarily with Chiang Rai and Chiang Mai province. The Akha are closely related with the Hani of Yunnan province, China, the Akha-Hani complex numbers about two to three million people, but with just over 70,000 members in Thai territory. The Akha speak a language in the Lolo/Yi branch of the Tibeto-Burman language group, but have no traditional written language. There are a variety of schemes for writing Akha developed by missionaries or linguists which employ Roman, Thai or Burmese characters, but literacy in Akha is still virtually nil. The Akha are traditionally subsistence farmers, growing a variety of crops including rice and corn.

Though many Akha, especially younger people, profess Christianity, Akha Zang (The Akha Way), a total lifestyle perscribed in the oral literature of the Akhas, still runs deep in the consciousness of older generations. The Akha Way combines animism, ancestor worship and their deep relationship with the land.. For an Akha, the Akha Way is a way of life which extends beyond simple religious practice and infuses every aspect of their existence. The Akha Way emphasizes rituals in everyday life and stresses strong family ties...


Kind of amazing that he reached out to me through Facebook then; the world keeps changing.  As you'll see in the pictures he sent to me they are joining the modern world but not completely leaving behind older forms of practices or lifestyle.  Each photo would benefit from additional explanation, and we didn't get far with doing more of a question based interview-themed post.

I checked with Aphiwat about which Akha tribe he was from, and he said this:


The group description from that other reference follows:


The Akher Akha moved from China close to Tibet. Firstly they moved to Burma, but the government did nothing to protect them from pirates and so they moved again to Thailand. Arkher Akha is the name given by the other Akha groups because they are so different in ways such as language and clothing. The names they use themselves are Kohkuer or Onjeyor.

The population is around 650 and they live in Chiangrai at Maesuay. They believe and practice the old traditions but some groups did change and became christian. The language is absolutely different to the other Akha, but when communicating between other Akha groups they use the Uloh language.


Amazing to consider, isn't it, a people moving around as such a small group, between multiple countries, retaining unified traditions, practices, and even language.  This doesn't go into his personal story much, only sharing some images, but it must be an interesting one.

It's interesting that an "indigenous" people might not have long ties to the location they are currently in, related to prior disruption and migration.  The story of his people might include a lot of bad luck with societal level transitions, encountering unique forms of problems in both the Tibet area and Myanmar.  I truly hope it works out well where they are now.  Thais are pretty good about being open to different cultures, religions, and backgrounds. 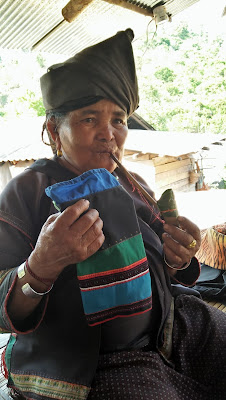 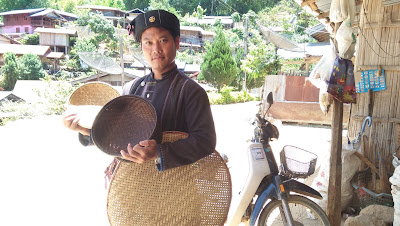 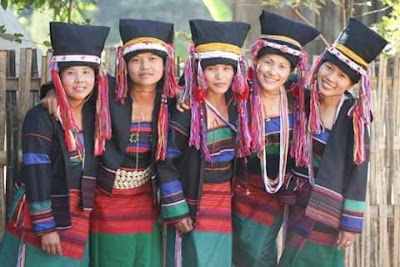 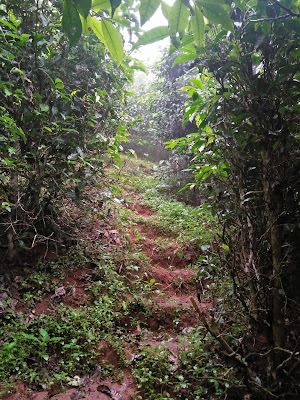 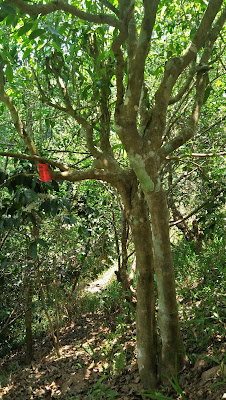 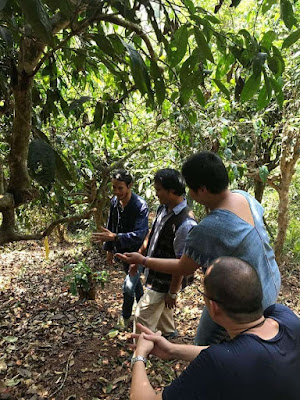 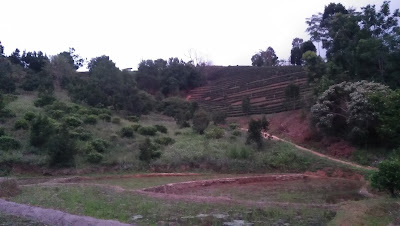 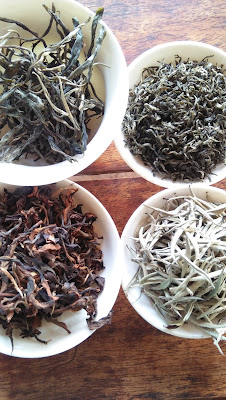 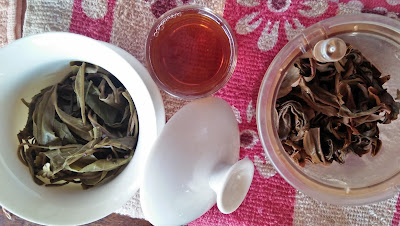 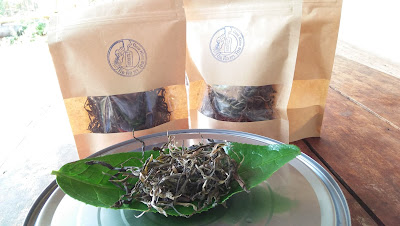 That tea I reviewed from them was slightly rustic in style but actually better than a relatively standard Farmerleaf vendor version I bought this year (with that review here).  It's my understanding that they produce teas from very newly planted sources, or maybe those are still growing to be able to support production, and then also from older forest-area sources, which is what that was from, and what these pictures show.

It's not the whole story yet; he shared some pictures and I'm sharing them as well.  If I can I'll work through language concerns and add more to it but even without that it's a glimpse into a local side of Thai experience that doesn't often come up.

I really should be helping him sell tea; I keep thinking that as I come in contact with sources and versions that just aren't out there on the market.  It's not what I do but it could be, later on.  People reading this who visit Chiang Rai might look him up and check out that part of local culture, and could pick up some really nice, novel versions of local tea.