First published by TChing:  https://tching.com/2020/07/thermos-brewing/
It's not exactly one of my things, but I tried out thermos brewing not so long ago, which is exactly what it sounds like.  It was only a couple of trial runs, so anyone who uses this approach regularly would be a better reference.  But I can pass on a results summary, and how it goes in theory.

The main benefit seems obvious enough; you get to take tea with you without carefully preparing the right infusion strength first, or waiting on that preparation time.

The idea is straightforward enough:  throw a bit of dry tea in a thermos, and hot water, and get around to drinking it later.  Of course the proportion and type has to be adjusted for that to provide drinkable results; most black or green tea would be awful made that way, and sheng pu'er even worse.  I suppose the types that work best for grandpa style might do well.  That's another approach example without controlled brewing time, even though that's mainly used for green tea in China, per my understanding (with more on that approach and results across different types in this post).


Shu pu'er:  the main type brought up related to this brewing approach, because it works well at a broad range of infusion strengths, even very strong (concentrated).

I used this type the second time I made it, with results a good bit better than the first, when I tried it with a somewhat aged Moonlight White.  Both times I probably didn't optimize proportion, using too much tea.

It stands to reason that if you use any more than a conventional Western brewing proportion (something like 2 grams per cup, or 250 ml), and then let the tea "brew out," or completely infuse, at that same proportion it would be too strong.  I don't weigh out tea amounts, but I used less than the first time.  Since I like shu brewed relatively strong it was pleasant, even though I probably used about that proportion I said was conventional for a Western brewing approach (maybe even 5 grams for a 500 ml thermos--essentially too much).


Moonlight white:  dialed in to the right proportion this might have worked better.  I guessed out an amount, probably about the same as I would've used for Western brewing, which made for a bad guess.  It was too strong, coming up on astringent, even though Moonlight White tends to be a very soft, approachable, smooth type of tea (not astringent).  Part of the reason I wanted to use that type, versus shu, was because I didn't want the thermos to retain the taste of shu, and Moonlight White seemed more neutral to me. 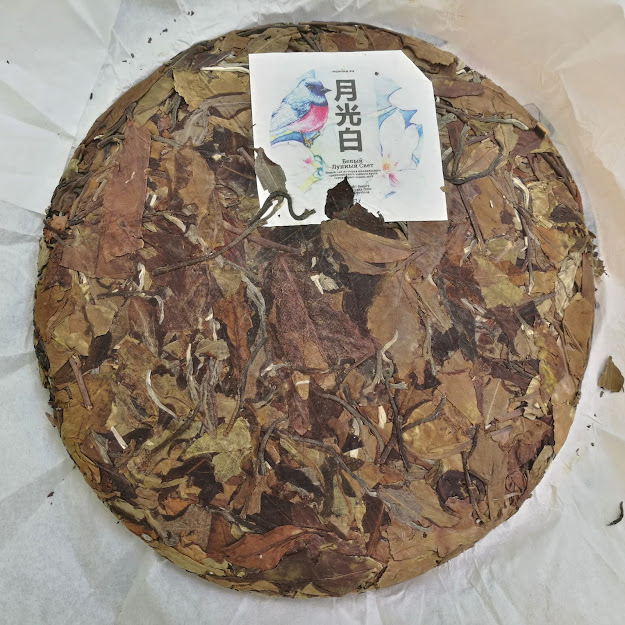 Again, I wouldn't expect all tea types to work out well this way.  Very soft and flavorful Chinese black tea versions might be ok, Dian Hong and such.  Dialed in for proportion a relatively mild Ceylon might be fine.  Since versions of Silver Needle / silver tips tend to be mild those might work, again if the proportion is set right.  A mild enough green tea could be ok, like Taiping Houkui.

Based on my results I won't use this process often, but as with using a tea bottle "grandpa style" it does work as a convenient way to brew tea on the go.