an extreme take on a Christmas tea blend


A few different things have reminded me of tea blends lately.  One is seeing the Twinnings Christmas blend; interesting because it contains clove, not interesting enough to actually buy because it's commercial, mass produced tea, and it's not as if I've ever tried a Twinnings tea that was so amazing that I wanted to go buy some.  But to be fair their loose Earl Grey is not so bad.


One other reminder was a decent flavored Thai green tea (coconut).  Before trying that I was already considering how the local, Assamica based Thai black teas might work in blends.


This related to trying some teas and also to researching a semi-mythical original version of Thai iced tea awhile back, that orange bubble-tea-like version, which supposedly stemmed from a real, respectable tea.  It was intriguing for using crushed tamarind seeds and orange blossoms in a blend, versus the mix of artificial flavors now used (in powdered tea mixes--just nasty). 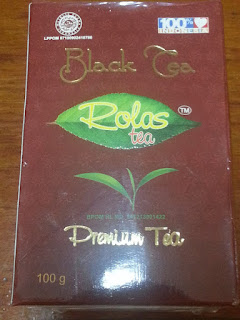 I also recently tried an Indonesian black tea that turned out to be a commercial, machine made, essentially ground black tea.  It was so astringent that I  couldn't drink even a diluted infusion of it without milk and sugar, although it was decent with those added.  I almost considered reviewing that tea with the milk and sugar but I've not been drinking enough others to use as a baseline, and those additions really do mute the original flavors.  Eventually I probably will do such a review, just because it's a crazy idea.


It was kind of shame about that tea because I really wanted to get more of a feel for how the volcanic soil affected the taste of Indonesian teas.  Not that I was going to really be able to separate the inputs well, but it seemed possible the black tea would fill that in a bit beyond trying a green and white tea (both recently reviewed here).  So the tea brought blending to mind.  Usually I only make masala chai from teas designated as ingredients, but this was a chance to broaden that.

So I researched a bit and made my own Christmas blend.  I just ran across a Tea for Me Please post about an interesting version I didn't see prior to making this blend, but I'll mention it here anyway.  That Twinnings tea, which may or may not be the same product I've been seeing in grocery stores here, was described as follows:


The Twinings Christmas blend this year is Winter Spice.  It is a black Assam tea from North-East India, expertly blended with warming spice flavours, safflowers and orange peel for a delicious festive treat.


No specific mention of clove, but descriptions I've seen before only cited clove and orange peel.  One of the recipes that turned up in a blog post looked like just what I wanted to go for:


200 grams is a good bit of tea; my plan was to make it in steps, to put some ingredients together and adjust across different tries, to make it batch by batch instead.  This would still require making dried fruit separately, per something like their method:


1. Peel thick strips of orange zest and then tear them into small pieces and arrange them on a baking tray lined with baking paper. Bake for 20 minutes at 100ºC until dry. Cool.


2. Combine all ingredients in a bowl and mix well. Store tea in a jar/airtight container for at least a week so that the flavours are allowed to develop.

The orange peel was a given, but I decided to add some cherry as well since we had it on hand, from a fruit basket gift.  I was going to add apple but it turned out to be a nectarine (from that basket), so I added a good bit of dried nectarine peel and fruit.  As wet as those were I dried it at around 120 C (250 F) for more like a half an hour.  The orange peel didn't need that long to be ready, just the other two did.


I actually had vanilla pods on hand from a trip to Java and Bali (spices are inexpensive in Indonesia, it seems), so I did add that, along with the clove, cinnamon, nutmeg, and a dash of salt.  I think the salt really did help make it work, but of course getting that level right is critical; it wouldn't take much to ruin it.

The mixed storage wasn't going to work, because of the plan to make it by batch.  For the first go I didn't brew it per a normal tea infusion process, just steeping, but rather made it like a masala chai, boiled instead, mixed with milk that went through the boiling process as well.  The basic blend would work for either, it was just going to be easier to do that way, and including milk and sugar would smooth out potentially overdoing spicing elements.  And plus I felt like making it that way; my intuition said I should.


I had backed off the clove enough that part wouldn't have mattered, spicing intensity, and since I did sweeten it with a little each of sugar and honey the only remaining hurdle was achieving balance.


And the final tea was--AMAZING!  It was like a Christmas themed mixed fruit tart, condensed into the form of a masala chai.  I've did an awful lot of baking but I've never experienced fruit in that way before.  In a way it was cheating because I didn't brew that much at one go, one very large coffee mug worth, essentially two cups of tea, and adding a pod of vanilla to almost any slightly sweet drink in that proportion would come out ok.

The overall balance was pretty good, although I could've ramped up the clove a little more.  Even though I had boiled it for about 10 minutes I was wondering if the fruit had more to give, so I added more tea and a dash of clove to it, and it made one more large mug worth by way of a normal steep that was just a bit diminished in intensity.


Making this as a tea blend to be infused normally, not boiled, and probably without milk or sugar, would require a good bit of adjustment.  I'm not sure the effect would be the same prepared as an unsweetened tea without milk, and I really don't plan on drinking enough fruit blends to go through all that preference curve again in a different form.  But I'll try it and see how it goes.

Taking it the next step

I tried to imagine how to really improve this beyond making adjustments, and it seems something related to the role peppercorns would play might be it.  Of course I've been through all that with masala chai (maybe not a given, that I've experimented with variations of those, but some of you know what I mean), and pepper sort of works but it's not for me.  So what else?  Ginger jumps out as the obvious alternative, but I also think better not for this.  It would have to take over, even a trace of it, and the spice role is different.  This is going to sound crazy but I did have an idea.


Dried chili pepper.  You might be thinking of some bright red spice-jar powder version that would drag the profile just a little towards Tabasco, so that just a dash would seem close enough to using peppercorns, but that's not at all what I mean.  I'm talking about warm, rich, sweet, smooth roasted chilis, a completely different thing.  Think mole sauce; more like that.  The following is a reminder of what that even is, but if none of this part is familiar you might try getting into some decent Southwestern food, since a really, really good enchilada is a transcendent experience.


Mole poblano is the best known of all mole varieties and has been ranked as number one of "typical" Mexican dishes.[14] It has also been called the "national dish" of Mexico...

Mole poblano contains about 20 ingredients, including chili peppers and chocolate, which works to counteract the heat of the chili peppers,[14] but the chocolate does not dominate. It helps give the sauce its dark color, but this is also provided by the mulato peppers. 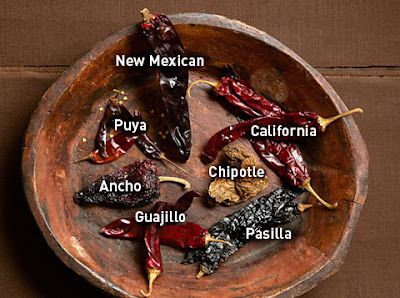 Here is a description of a dried chili type I mean, from the same reference page this picture is from:


Ancho: The name means "wide chile" in Spanish, a fitting moniker for this wide-shouldered, nearly black pepper, made from ripe poblano peppers. They have a high yield of flesh to skin, which makes them a workhorse in sauces. Anchos are mild with a rich, dark cherry/raisin sweetness.


But I don't have that, or easy access to it, so I'll probably shelve that idea for years, if I ever even get to it.  I did cook a lot with a range of dried peppers quite some time ago, and these do have great scope, and are easy to use.  You can just about soak the chilis in hot water for awhile then blend up the mix, and you're done, you just use that.  Some versions would bring up issues of excessive heat, and then you'd be on to considering not using seeds, or figuring out tricks like cooking with sugar to drop that level, but all that is the fun part.


The trick is finding them.  Going to a farmer's market around Phoenix or Albuquerque would turn up lots of options, and better grocery stores all over the US should have something, but beyond that it might take some doing.  Call me crazy but a smoked version might work really well, aside from sourcing that seeming even less likely.  Some peppers seem to have a bit of natural smokey element, but even claiming that is going outside my current range a good bit.  If one only had the right lapsang souchong on hand that tea could bring the element to the table instead.  Even I'm not out there far enough to put that last smokey Silver Needle I reviewed in a fruit and spice blend, which probably makes for a good place to leave off.
Posted by John B at 10:36 PM