I went through a bit of a complicated tea tasting yesterday, comparing three different Jin Jun Mei, so I wanted to go more basic today.  I'll try to do a simple, short review of a random tea sample sent by May Zest.  They are a wholesale-oriented tea company in Taiwan that I bought a good bit of another OB and black tea from not so long ago.  Related to that sales model, they don't sell sample packs or by 50 gram lots, but it is possible to buy as little as 250 grams at a time from them.


This sample was a truly random selection as well; I just knew the number prior to opening it, #8.  Turns out it's another Oriental Beauty, and a nice looking version at that. 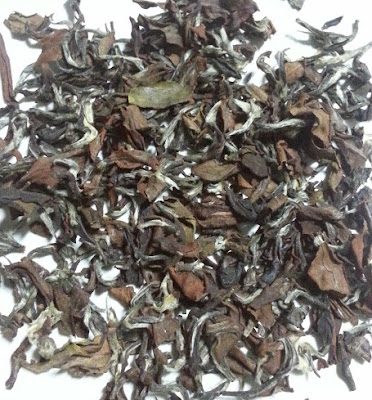 The dry tea smells like cinnamon, mostly.  The brewed tea tastes like it too, with other aspects that round out that primary taste nicely.  Of course there is plenty of sweetness, and a rich fullness under that one flavor element, into a supporting range of aspects that work well, dried hay and such, neutral flavors.  The sweetness is good, the feel is full, the flavors are clean and balanced, if a bit less complex in terms of a list, but then it is just getting started.


There is enough complexity that someone with a good imagination could really extend that assessment, by a lot.  Maybe it tastes a little like blackberry as well, probably a little more like citrus really, and that full richness could come across as a hint of butter too.  The general effect is a brightness, fresh and dynamic.  It's nice when a tea this oxidized can somehow pull that off, as is unique to OB (or Bai Hao / Dong Fang Mei Ren; the type goes by a few names). 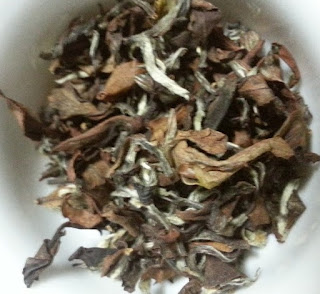 The preparation style and oxidation level work out well.  It isn't drifting into black tea territory as can occur, retaining that upper-middle-range oolong effect that really works.


A few infusions in it doesn't shift much.  I'm brewing it Gongfu style, although it would work to brew this Western style, but worth a bit more messing around to see if there is transition to notice.  Those same aspects shift a little in proportion, with the buttery richness picking up, cinnamon toning down, and citrus becoming more pronounced.  As bright as the citrus element is it reminds me of pineapple, but it's not clearly one distinct form of citrus.  The blackberry seemed to really be a hint of muscatel, or maybe the two were just in a related flavor-space and it's moving from one to the other. 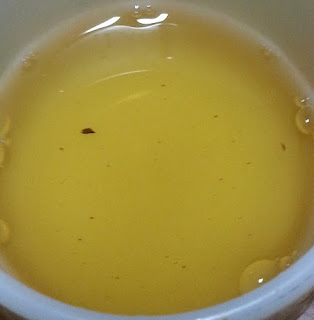 This is pretty good OB.   This tea type changes more than most year to year, due to the input insects contribute (more on that here), so it's more likely exactly the same version isn't available year to year.  On their detailed listing (not on the website) teas in the category are just sold as OB / Bai Hao / Dong Fang Mei Ren, along with a ranking of grade, (A, B, etc.).  Really tea characteristics vary in the type, spice versus fruit and such, one I reviewed from them even had a touch of sun-dried tomato, so grading in a completely linear way like that is limited; different people would like different versions.


Related to all those other OB I've been reviewing this year--a similar one from them here, and a taste comparison of three here, including one version from Thailand--if someone likes cinnamon as a main element this is a strong contender to be the best one.  Even if they didn't it's hard to imagine someone not liking the tea, unless they hate cinnamon, which is odd to even type out.  What kind of a twisted sense of general taste preferences would that correspond to?  Maybe "not preferring cinnamon as a primary taste component in tea" is more understandable.

There's even something catchy going on in the feel of this tea, a fullness, a wetness, with a hint of dryness.  I've been reading about components in teas lately and that might mean something to someone, just not to me, at least not yet.  The aftertaste is nice too; full, lingering, clean.

After many infusions the longer brewing times draws out more of a woody taste, not bad, just different.  The brightness subsides but the flavors stay nice and clean.  The tea wasn't really a surprise after trying a lot of OB versions this year but it's always nice to try a really nice one.