This is a review of a version of Dong Ding, a mid-roasted Nantou area Taiwanese oolong, from the Lin Mao Sen shop in Taipei.  I'm reviewing a fair number of basic teas these days, which really relates to different purposes.  I never did try or review a tea from this shop yet, in spite of buying a couple awhile back now, and it works to compare it to a similar type I tried not long ago.  I shared some of this with a couple of monks I know here before I tried it, which is the kind of thing I never tend to do, so that triggered tasting and reviewing it. 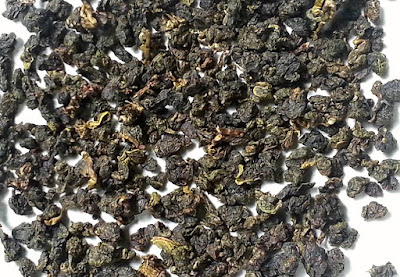 I reviewed a similar Nantou roasted oolong from TShop recently, a NYC shop, a tea that tasted nice but gave up a lot related to better examples in body and feel.  It was sold as a modest level version of that tea, so a bit of gap in overall quality level seemed reasonable.  It felt a little like unfinished business though, not describing a better version in detail.


The rest of the back-story of this tea is about visiting Taipei to buy it.  I also visited another great shop there next door, Lin Hua Tai, and reviewed a nice lighter oolong from them here, compared to that TShop tea, and an Oriental Beauty.  Both places are really worth a look if you visit Taipei, and given the wholesale vending theme at both they would be a good place to pick up a good bit of tea.  I bought 150 grams of this one, the minimum amount that both shops typically sell, given that volume orientation.  I still have one "honey black" type to get to from this shop and that will cover all those teas I bought over the Christmas and New Years break, from those two cities on opposite sides of the world.


The tea is full and creamy, with good flavors.  It's right on where it should be, even early on when it's still opening up.  I'll go over aspects, listing them out, but it's really about that, the way it all works together.

Flavors might not be the most exceptional part but I'll start there.  The tea is bright and sweet, very clean in effect.  It has a creamy feel that extends into a subtle creaminess in flavors that really stands out.  It's not buttery, but there is an effect that spans from feel into taste that seems to relate to cream.  It's a bit floral, but the integrated flavors spans lots of range.  Minerals underlie all the rest, but that scope isn't pronounced.

That medium-ish level of roast stands out, but it's not easy to take in what that is contributing given all the complexity.  It definitely doesn't switch over to tasting a lot like cocoa, spice, or toasted pastry, as more roasted teas might, still light instead.  It reminds me of a lot of teas that tried to strike that ideal balance and didn't quite get there.  If these flavors were off in just a small way, too toasty, leaving behind the floral character, not integrating the mineral undertone properly, or not roasted quite as much, it wouldn't work nearly as well as it does. 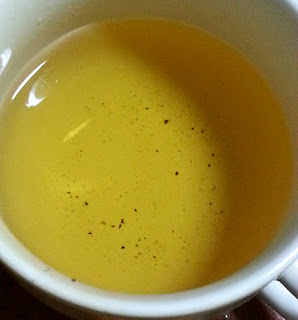 Feel and aftertaste are perhaps the real strengths, adding those extra layers to the experience beyond flavor.  It's the opposite of thin, quite full and rich.  The structure coats your mouth in a unique way.  The aftertaste lingers for a full minute after tasting the tea, with a very subtle part of that experience not really ever seeming to end, just continually tapering off.  I keep saying that I'm not as into feel as taste but it does make for a more complex experience when it all comes together, and you sort of perceive the lack when it doesn't.  In a good version of tea it's not so natural to say one aspect range really makes it work and they all kind of hang together.


It's the kind of tea that works really well brewed at different infusion strengths.  The flavor intensity would be fine brewed very lightly, and the feel doesn't become negative even brewed on the stronger side.  It works really well at different infusion strengths for different reasons.  Base tones either stay subdued brewed lightly or ramp up when stronger, with feel going from full and rich on the lighter side to a bit extra thick and intense.  Different people might prefer a different optimum infusion strength or it can be nice messing with that, experiencing a range. 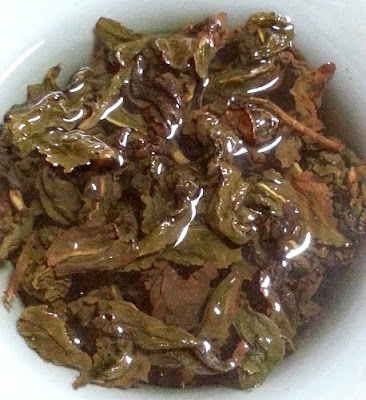 It really took a few infusions for the tea to fully open up but it was bright, creamy, floral and complex throughout that transition.  After getting going it's a bit warmer but doesn't lose anything related to those brighter aspects.  It might move a little towards a light cocoa, or something along that line, but as an aspect that's subdued and integrated.  It could even be interpreted as a difference in how the mineral tones play out, or as something else joining that base profile, in the range of toasted almonds.


A few infusions later--a good number in--the brightness does fade some, and woody tones replace a lot of the floral nature, and mineral picks up.  The creaminess doesn't really fade, or that overall fullness and complexity.


All of this sounds a bit standard for the type, doesn't it?  The interesting part isn't about the length of a flavors list, although that is long enough, or any of those aspects being novel, although many are pronounced in especially pleasant ways.  It's a much better than average tea because of the balance it all strikes.  That roast effect gives it complexity without ever seeming like a medium roast level, related to being able to pin down a direct contribution, but it definitely adds depth.


Many, many infusions in--maybe 15, with the proportion of tea to water a bit heavy-- the tea stays clean, balanced, and positive.  The fullness fades, the brightness gives way a bit, and the aspects transition but it's still great tea, just as it is.  The flavors don't go off in any way, a good sign.  It thins, but even after brewing that many infusions it's still thicker in feel than moderate quality level versions. 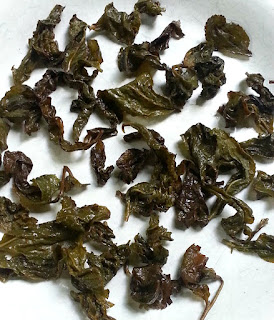 This shop was well regarded by others I know that had visited there, and in online recommendations, and this tea is a good indication as to why.  Note that I'm not really trying to place it on a scale related to rare and exceptional versions of this type.  I liked it a lot; it's probably as good an example of this style as I've tried, definitely better than most.

If I'm remembering the price of the tea correctly it was a real steal for tea this good, on par in pricing with options nowhere near this quality level, probably even in comparison with most online vendors.  But then it is a wholesale oriented shop in Taipei, so one might naturally expect to find a good tea at a good price there.